Romans 3:3-4: Let God Be True Though Every One Were A Liar 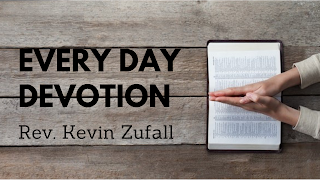 Romans 3:3–4
[3] What if some were unfaithful? Does their faithlessness nullify the faithfulness of God? [4] By no means! Let God be true though every one were a liar, as it is written, “That you may be justified in your words, and prevail when you are judged.” (ESV)

Today I read some remarks posted on a social media site. They were made by a bitter man who grew up in the church and now takes every chance he can to mock Christianity. As a pastor's son he saw the hypocrisies of many in the church and it affected him Sounds familiar to what is going on in our verses today..

Paul knows full well that the Jews had for the most part been unfaithful. They were a terrible example to the rest of the world. What is Paul's response? The faithlessness of man does not nullify the faithfulness of God. This throws out the world's biggest argument against Christianity. People reject Christ because they have met unfaithful Christians

Suppose every single Christian you ever met was a phony. Imagine that they were all liars. Does that change one bit who God is? Not at all. Let God be true though every one is a liar. Muhatma Ghandi is said to have made this quote:  "I like your Christ. I do not like your Christians. Your Christians are so unlike your Christ." Ghandi was getting closer to a proper perspective.

Yes, Christians are phonies at times. We fail. We are prone to sin. That is why we need a Savior. We cannot possibly please God in our own strength. We will fail every time. I am thankful that my unfaithful behavior does not nullify God's faithfulness in my life. Do I deserve a faithful God? He continues to be faithful because he can do no else.

You do not need to listen to the mocking ramblings of fools who think that they can discredit Christianity because of Christians who are phony. God is God. He is faithful. He cannot change.