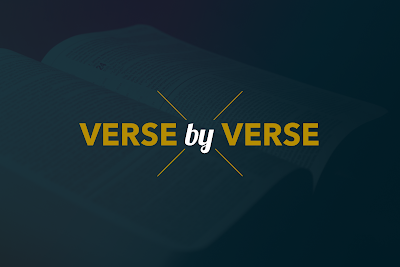 1 John 1:1
[1] That which was from the beginning, which we have heard, which we have seen with our eyes, which we looked upon and have touched with our hands, concerning the word of life— (ESV)

For as long as God's truth has been revealed, the enemy of our souls has been trying to distort it.  In the Garden of Eden God told Adam and Eve not to eat of the tree of the knowledge of good and evil. The serpent, possessed by Satan himself questioned the truth of God.  He said, "Did God really say?" The words and circumstances have changed throughout the centuries, but one thing remains. The enemy of our souls desires to undermine, distort, and twist the truth.

The Apostle John is writing this letter to counter the false doctrines that had already begun to infiltrate the church toward the end of the first century.  At stake is the divinity and humanity of Jesus Christ.  John wanted to remind the recipients of this letter that Jesus was fully man and fully God.  What we believe is important.

John was uniquely qualified to bring correction to the falsehood that was being brought into the church.  He walked with Jesus.  He knew Jesus.  He saw his miracles.  He heard his truth spoken.  He saw him die. He saw him rise from the dead.  John speaks of what he has heard, what he has seen with his eyes, and what he has looked upon and touched with his hands, concerning Jesus.

Don't accept a counterfeit truth.  We are going to look at the truth of Jesus Christ all over again.  It will help us to re-establish our faith and take a stand against the false doctrine of the enemy.