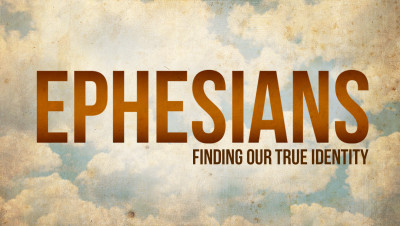 [4] even as he chose us in him before the foundation of the world, that we should be holy and blameless before him. In love (ESV)

There is something special about being chosen.  A bride finds joy in the fact that she has been chosen above all other women to be with her husband.  An adopted child has a lifetime of wonder that their parents chose them.  Some dog owners think that their fluffy puppy rejoices over being chosen.  I'm not sure about that, but maybe!

I remember my childhood encounters with being chosen.  There was the dreaded neighborhood football game.  Two team captains kind of declared themselves in charge.  Then the choosing began. I dreaded that time.  I always wanted to be one of the first ones picked to be on a team.  It never happened.  I was scrawny, small, and had thick glasses.  If the neighbor's dog was playing football, they would have chosen the dog before me.

Now, while you get a chuckle at my expense, I want you to consider something. God looks at the players to be on his team.  There are none worthy to play. They are all weak, without skill, and blind. And what does he do?  He chooses us!  Paul says that the creator of the universe chose us before the world was even formed. That is wild.  Now, some Christians hold to an old universe view, and some hold to a young universe view.  If you are an old universe Creationist, consider that more than 14 billion years ago, you were chosen!  That is amazing stuff. If you are a young earth creationist, Jesus loves you anyway.  Go ahead and smile, it was meant to be funny.

Remember, that Paul is speaking to the church at Ephesus, and to the church throughout the centuries.  If you belong to Him, it is because he took the first step in the relationship by choosing you. Thousands or billions of years before he formed the Earth you were already chosen by him.  Yes, he knew your weakness, your sin, your rejection of him. That's why he sent his son to pay the price for your forgiveness.  In Jesus, we find that while we are not worthy, Christ within us makes us worthy.  He chose us, IN HIM (that is, Christ).

Do you feel weak, unworthy, undesirable?  If you belong to Jesus Christ you need to take delight in the fact that the Creator of the Universe chose you and made you worthy through Christ. You are on the greatest team of all.  Go and score a touchdown for the Creator.  He loves you.